Movies are a wondrous way of escaping the busy life, and entering a world full of fiction, imagination, and entertainment. And luckily, we have got with movies belonging to almost every genre imaginable.

Among those genres, there is one thatpiques the interests of a specific group of people. We are talking about the Hollywood blockbusters that shed light on country life and the unique portrayal of rural life.

This leads us to discuss some of the finest country movies that Hollywood has to offer. However, accessing most of them may require you to connect to reliable fiber internet services as they may only be available on online streaming platforms. So make sure to subscribe to one before diving in. Anyway, let’s explore these movies in depth!

This romantic comedy focuses on the journey of a young doctor, who is on his way to a job interview across the country. On the way, though, a car crash causes him to provide his professional services in the local hospital of a town in rural South Carolina as a penalty.

The doctor (portrayed by Michael J. Fox), upon spending some time in the town, finds himself entangled by the local town life. This leads him on a whole new romantic journey. Other notable figures seen in the movie include Julie Warner, Woody Harrelson, Barnard Hughes, and a few others.

Next, we have one of the most beloved romantic comedies of the 80s. Steel Magnolias revolves around the lives of a group of women in a remote rural Louisiana town. The gang shares a strong bond of friendship that goes far beyond race, age, or status.

And when a fresh face approaches, they welcome her with open arms. Not only does this movie feature an elite cast, including Shirley MacLaine, Olympia Dukakis, Sally Field, and Julia Roberts, but also displays some intense romantic and tragic moments.

An ambitious fashion designer from New Yorker finds herself returning back to her hometown in Alabama in hopes of finally getting a divorce from her husband that she separated from 7 years ago. Upon arrival though, she slowly begins to realize what she has been missing over the years.

This leads the New Yorker, Melanie Smooter (portrayed by Reese Witherspoon), to make some life-altering decisions. Other notable cast members in this film include Patrick Dempsey, Josh Lucas, Candice Bergen, and a few others.

Places in the Heart

Set in the 1930s, this movie shows the life of a widow, a mother of two, desperately trying to save her small farm in a remote town in Texas. Her efforts are somewhat assisted by a wandering handyman and a blind boarder.

The film displays an intense between the forces of love, courage, faithfulness against greed, betrayal, and bigotry. The movie highlights remarkable performances by actors like Sally Field, Lindsay Crouse, Ed Harris, John Malkovich,Danny Glover, and a few others.

O Brother, Where Art Thou?

Set in rural Mississippi, this film tells the tale of three escaped convicts during The Great Depression. The trio is dead set on finding a hidden treasure while a persistent officer of the law attempts to apprehend them.

This trio of characters is beautifully portrayed by Hollywood superstars George Clooney, John Turturro, and Tim Blake Nelson, while other cast members like John Goodman and Holly Hunter appear in supporting roles.

This drama tells the story of a housewife, who crosses paths with an elderly woman in a nursing home. After initial introductions, she comes to realize that the people in the old lady’s stories are those who she knew back in the day.

While the role of Evelyn Couch, the housewife is portrayed by Kathy Bates, the old lady is beautifully portrayed by Jessica Tandy. In addition, you have other Hollywood stars to look forward to, such asMary-Louise Parker, Chris O’Donnell, and Mary Stuart Masterson.

Probably the most iconic story,revolving around a Texan family and their stray Labrador, Old Yeller is an American classic that debuted in 1957. The story shows young Travis Coates falling in love with a yellow stray dog, and thus deciding to bring it back to the homestead in Texas.

There, his mother and younger brother are busy with daily chores, while the father is far off driving cattle. What seems to be an ordinary stray dog, turns out to be a beloved member of the family. Actors blessing this movie include Dorothy McGuire, Fess Parker, and several others.

Finally, let us tell you about Hope Floats, a romantic comedy involving heartache, melodrama, and moral dilemmas. Sandra Bullock stars as Birdee Pruitt, a divorced single mother, who moves to her hometown to live with her mother. Now, she must choose between her daughter and a young man, for whom her love blossoms. The film shows impeccable performances by other actors as well such as Harry Connick Jr., Gena Rowlands, and Mae Whitman.

These are only a few movies that highlight rural life and its unique environment. Do check out these titles if you want a taste of the country genre. And if you seek assistance watching these movies in remote areas, make sure to check out the rural internet plans on BuyTVInternetPhone. 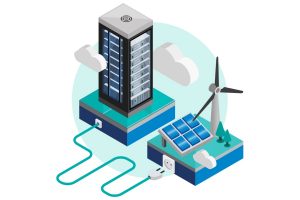 Cybersecurity in the E-Commerce/Payments Industry

Even before, the e-commerce industry was always target of cyberattacks. It’s always been the target of fraudulent acts and thieves. These pose a direct risk to business owners, especially their consumers and clients. The cost of a breach, both loss of data and customer trust, can ruin and damage the business. Another area of vulnerability […] 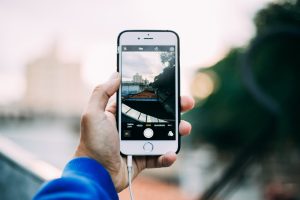 Heic vs JPG: Which is better?

Deciding between HEIC and JPEG can be a challenge when you need to store digital images on your devices. Both formats are raster files and can handle very detailed photos. Learn about the key features, pros and cons, and key differences in this helpful guide. What you will learn What is a HEIC file? What […] 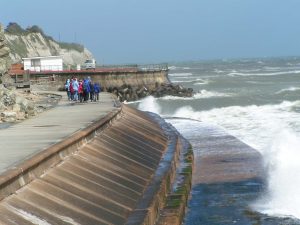 Seawalls are an excellent way to protect your beachside home, but choosing to build a seawall is only part of your battle against the water. You also have to make sure that the seawall that you construct has a material that will serve all of your purposes. Your wall can be made of many different […]