Motion sensors are an electronic device that detects motion changes in nearby objects or people. When it detects a motion, it alerts your security system. Motion sensors  or motion detectors are famous for their energy efficiency and protection in smart homes, intelligent industrial buildings and commercial applications. For example, these are used for security cameras or burglary alarms. It also saves energy by shutting off lights in a building when it senses no motion.

Motion sensors are widely used for the following-

Active motion sensors emit radio or microwaves all across the area, which then strike nearby things and reflect on these sensor detectors. Thus, these detectors are also known as radar-based motion sensors. The active motion sensor tends to understand changes in waves hitting moving objects, sending a signal to the alarm system, light, or other types of device it operates.

Active sensors, due to their tendency to detect the movement of things, are not used for outdoor lighting as they will detect small objects like animals and lightning will get triggered. However, you can use these sensors for automatic doors in retail buildings, house security, and indoor lighting systems.

Passive infrared sensors (PIR) is a motion sensors that can detect a person’s skin temperature. These sensors can sense movements through the change in temperature between the background and a warm body across the room. These are called passive because no energy emits from the sensor. These can detect objects, people, or animals by picking up infrared radiation.

Microwave sensors are motion sensors that work similarly to a radar speed gun by detecting motion using continuous pulses of microwave radiation. It normally emits high radio frequencies, and by detecting a frequency shift, it can detect an object’s reflection. Thus, the motion detector is turned on when it notices a frequency shift.

Gesture detectors are motion sensors which detect human movements like hand motions and gestures through the infrared lighting elements on the digital screen.

Dual-technology motion sensors or hybrid sensors are a combination of two different technologies. A variety of multiple sensing technologies in one sensor helps to reduce the probability of false triggering but can also lead to a reduction in detection and increases vulnerability.

For instance, many dual-tech sensors usually combine a PIR sensor and a microwave sensor into one unit to have fewer false alarms. This is because microwave sensors cover a larger area than PIR, and a temperature rise in the room makes the PIR go off, while a moving tree branch or any object can trigger the microwave sensor.

So, with the Dual Technology motion sensor, both PIR and Microwave sensors need to sense changes which will trigger it, causing false alarms to be shallow.

Now you understand the different types of motion sensors, how they work, where you can use them, and the advantages of using them. So, get one according to your usage and keep your surroundings safe at a low cost and energy. Visit Legrand to shop now!

Functions of a USB Socket

USB is a short form for Universal Serial Bus. It is a standard cable connection used to connect peripheral digital data to a computer.  The USB is the most commonly used port to transfer digital data. The reason behind that is, as its name suggests, ‘Universal’; this porting device is used to connect many different […] 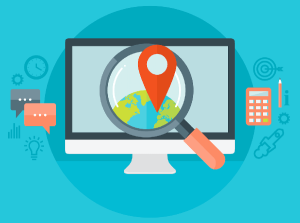 What is The Role of Online Directories for Local Search of Your Business?

For local businesses, local listings have always been important. Before Google and mobile devices took over the world and replaced physical phone books, small businesses simply had to wait for customers to locate them. Customers had no trouble finding local businesses, and also conversions were soaring, whether they were walking in front of them or […]

In various electronic equipment, different types of connectors are used to carry data signals and transmit power. They are designed in a way so that the multipin feature in these connectors made them easily installed and uninstalled whenever required. In these years, circular connectors have gained so much popularity because of their compact and adjustable […]